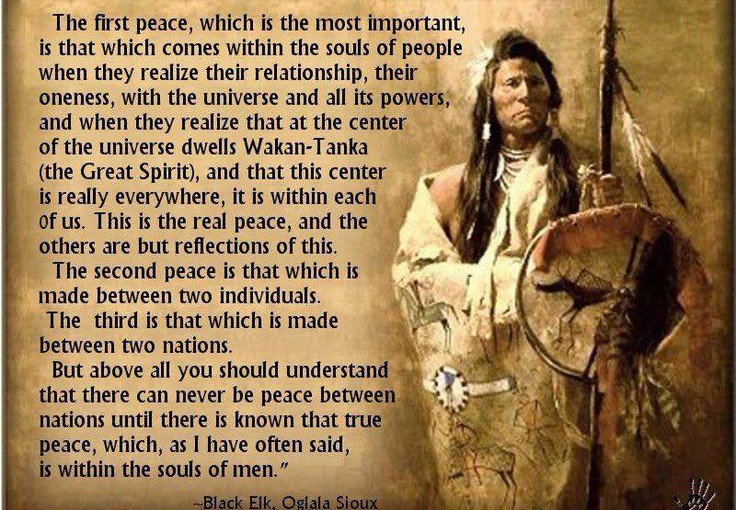 Songs for the Outcasts of Great Turtle’s Back is a song cycle about the great human suffering and extreme losses of life, land, and culture endured by the Native Americans when wave upon wave of European immigrants crossed the Atlantic Ocean and settled throughout the Americas, taking nearly all the land from the indigenous peoples.  Seven of the ten movements were performed at the Yellow Springs Institute in Philadelphia, Pennsylvania by the ensemble for new music, Relache, on July 11, 1987.  Scored for mezzo-soprano, male singer, flute doubling on Irish whistle and fipple flute, clarinet, alto and soprano saxophones, violin, accordion, piano doubling on synthesizer, bass drum, vibraphone, sleigh bells, cowbells, metal wind chimes, rattles, pebbles, and three tom-toms.  (completed July of 1987), (Total duration: ca. 45 min.)

Here are three of the songs, as performed by Relache, with mezzo-soprano, Barbara Nosca, and singer/saxophonist, Stephen Marcucci.  The songs are written  in such a way as to evoke some of the feelings and qualities of Native American music.

The lyrics are from Chief Joseph’s appeal for justice when he visited the leaders in Lincoln Hall in Washington, D.C. in 1879.

The lyrics for “Song of Cochise” are selected from the words the Chiricahua Apache leader, Cochise, which he spoke during peace negotiations on the occasion of his surrender to U.S. General Gordon Granger at Cañada Alamosa, in the Territory of New Mexico, in 1872.  This surrender happened only after many years of fighting and struggle against the U.S. Military and invading settlers.

The song is a meditation on the pain of struggle and loss in the face of oppression. It addresses but one of the many historical incidences of injustice, which are at the root of what continues to plague our society to this day.

Even though the words are those of Cochise, I have chosen a more universal representation of them––for they could be the sentiments of any number of individuals among the Apache during that time of great upheaval and personal and cultural loss.  My idea for this song is that of a spirit––which could be male or female or neither––appearing to a vision seeker and recounting the following story:

“… When I was young, I walked all over this country, east and west, and saw no other people than the Apaches.  After many summers, I walked again and found another race of people had come to take our land.*  How is it? Why is it that the Apaches wait to die––that they carry their lives on their fingernails?  They roam over the hills and plains and want the heavens to fall on them.  The Apaches were once a great nation; they are now but few, and because of this they want to die, and so carry their lives on their fingernails… I want to live in these mountains.  I do not want to go to Tularosa… I have drunk of these waters and they have cooled me; I do not want to leave here.”

*”our land” is the composer’s substitution for the pronoun, “it.”

The lyrics for “Chief Joseph’s Song” and “Song of Cochise” are excerpted from the English translations of the words of these two great Native Americans as printed in the book, Bury My Heart at Wounded Knee, by Dee Brown.

The music and words for “Sun Dance Song” were inspired by the melody and lyrics of the “Sun Dance Chant” which is also found in Bury My Heart at Wounded Knee, by Dee Brown.